Merry Christmas From The Blair's 2011

First off, we hope that this finds you and your family doing well. If you are like us we can’t believe that another year is gone and passed. If you paid any attention to the news it seemed like the world was going to implode with unrest in the Middle East due to bread prices, regime change in North Korea, economic instability in Europe, Japan’s tsunami, and our own troubles in the U.S. Just think, the Mayan calendar calls for complete destruction in 2012. With that in mind you had better of enjoyed 2011 ;)
﻿
﻿ ﻿ ﻿

My name is Wally Weather Station and I will be your host this year. I am in position to give you a great account of what happens on the farm. Not only with weather, but with everything else. I live on a pole in the center of the farm, giving me a bird’s eye view of everything that happens. Since weather played a big role in 2011 I was asked to do this.
﻿﻿

And what a year 2011 turned out to be. You could say that it was the year of different weather. We had snow into May, rain that prevented us from planting crops this spring, tropical weather in Brazil, and freezing cold when we arrived home. May set a record for rainfall, causing haying and harvest to be late. Even Bandit was tired of the weather. Without any spring crops harvest was done in eight (8) days, but we have more winter wheat planted than we have ever had on the farm. And it is looking really good.
Dillon turned 15 in February and has his learners permit so watch the roads next year. Logan turned 13 while in Brazil (will talk about that later) and had the best present of his life. Rhonda and Robert celebrated 17 years of marriage, meeting each other in Sao Paulo, Brazil on their anniversary. This is the first year they have been able to spend that day together without anything going on for several years. However, I won’t tell you their age because they will unplug me. 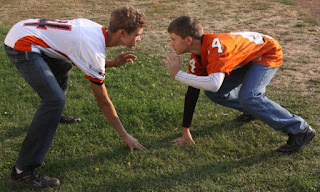 Sports and school take up the most time. Dillon is a sophomore and Logan is in 7th and both carry straight A’s. Both boys played basketball. Dillon spent time on JV, but played some varsity earning his letter. Logan played on an AAU team from the Craigmont area and his class was moved up to play Jr. High basketball. The 7th Jr. High almost went undefeated, losing in overtime on the last game. They both played 3-on-3 at Locust Blossom and Logan had his cousins as teammates. They attended a basketball minicamp with a former coach at LCSC and Dillon played summer league. Dillon also went to NBC Camp and won the “Grit” award.
Dillon played on the Kendrick Golf team and they made it to State. Logan played baseball, was a pitcher and played different positions. Logan and some of his friends played in a baseball tournament in Potlatch…for Genesee. It was tough for Robert to see him in those colors, but he said a Genesee uniform never looked better. Both played football this fall and Dillon received his letter in that. Now basketball is in full swing again.
Chris (Robert’s brother) started working full time on the farm taking place of Dean King who had worked for 7 years. Dean had been diagnosed with cancer and beat it. Dean is doing well and was able to drive truck at harvest and helped with fall fertilizer. Chris started at the right time helping to clean up the 23 trees that blew down or were topped out during a windstorm last November. We also had lots of fence to fix due to that.
In June the America’s Heartland film crew was at the farm. They were interested in what was being done with Unmanned Air Vehicles (UAVs) and precision agriculture. It was an interesting experience that everyone partook in. You can watch the video from our website www.threecanyonfarms.com or this link http://vids.kvie.org/video/2169504176.
The biggest news was Robert being named an Eisenhower Fellow. In April Robert traveled to headquarters in Philadelphia to meet the other U.S. and International Fellows. General Colin Powell is the Chairman and there are just over 2,000 Fellows worldwide with 18 being Ag Fellows. In May Gong Weibin, a Fellow from China, visited the farm starting what they hope will be many visits from people around the world. To learn about the Eisenhower Fellowship you can go to http://www.efworld.org/ .
Robert’s Fellowship took him to Argentina, Uruguay (where he spoke in front of 1,000+ farmers), and Brazil where he learned about their agriculture, precision farming, remote sensing, and UAVs. He met with Eisenhower Fellows in the respective countries creating a closer bond between the countries. He spent a total of 6 weeks down there totaling 51 meetings.
Rhonda joined him on November 5th in Sao Paulo and as mentioned, they were able to celebrate their anniversary together. They traveled north of Sao Paulo to different towns for meetings along with stops in Brasilia and Belo Horizonte. In Belo they spent time with Robert’s friend and 2011 Brazilian Fellow Flavio and his family. They had a weekend together seeing some sites and celebrated Robert’s birthday and their last day having dinner with Flavio’s family and other Fellows.
Then the fun really began, Dillon and Logan arrived in Rio de Janeiro on November 19th. They traveled alone and met up with mom and dad at the airport. During the week in Rio they toured the sites like Sugar Loaf and Christ the Redeemer along with playing on the beach. Everyone became sunburned at some point and there was not enough aloe in Brazil to sooth the pain.
The highlight of their time in Rio was traveling to Petropolis (north of Rio). Petropolis is the home to the summer palace of the last monarch of Portugal and Brazil. There is also a strong German community there because farmers were needed to harvest their cash crop, coffee. It is something of a retreat and there had been a casino there built in Bavarian style architecture that is tourist site…and that is where the real fun began.
While going through the old casino a group of students were on a fieldtrip there. We walked down a hallway and a group of girls followed and went past. Robert saw them huddle up, look back, and giggle. He motioned to the group and Dillon and Logan to get together for a picture. That picture started about a ½ hour of picture taking with many girls.
Since it was Logan’s birthday (the driver told the girls this as well), it is customary for girls to give the birthday boy a kiss and they lined up to do it. Dillon was watching and said “I wish it was my birthday” prompting the driver to tell the group of girls this and they started kissing him as well. Needless to say Dillon and Logan both want to return to Brazil.

Now it is time to finish up and get back to work tracking weather. It is cold, but there is no snow. We hope that you had a great year and wish you a Merry Christmas and an Awesome New Year! Take care and God Bless! Adios, Feliz Navidad y Feliz Ano Nuevo! (Spanish)  Feliz Natal e Feliz Ano Novo! (Portuguese) 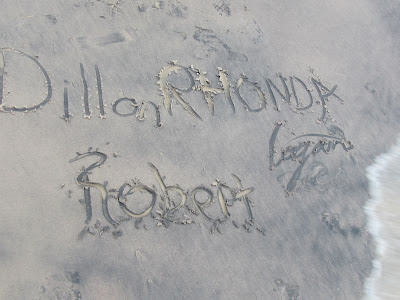 Posted by UnmannedFarmer at 1:52 PM No comments: